What is Visual SceneMaker?


Visual is an authoring tool for creating aimed to . It supports the modeling of verbal and non-verbal behavior of and . Therefore, it provides users with a graphical interface and a simple scripting language that allows them to create rich and compelling content. 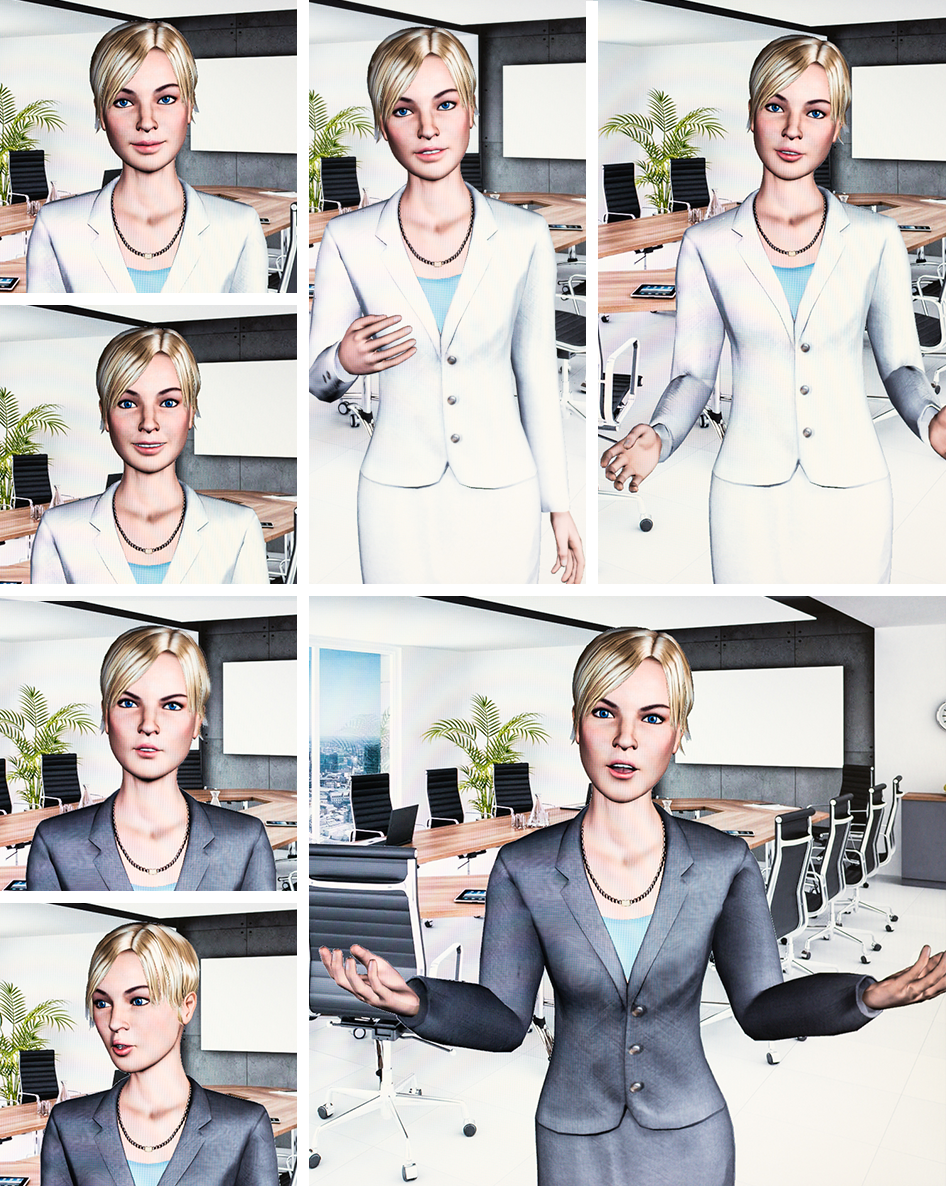 SceneMaker’s central authoring paradigm is the separation of (e.g. What a character should say and how) and (e.g. reaction to user input and/or internal processes). The content is organized as a collection of which are specified in a multi-modal scenescript resembling a movie script with dialogue utterances and stage directions for controlling gestures, postures, and facial expressions. The of an interactive performance and the interaction with virtual characters is controlled by a , which is a nested graph similar to Harel's statecharts. 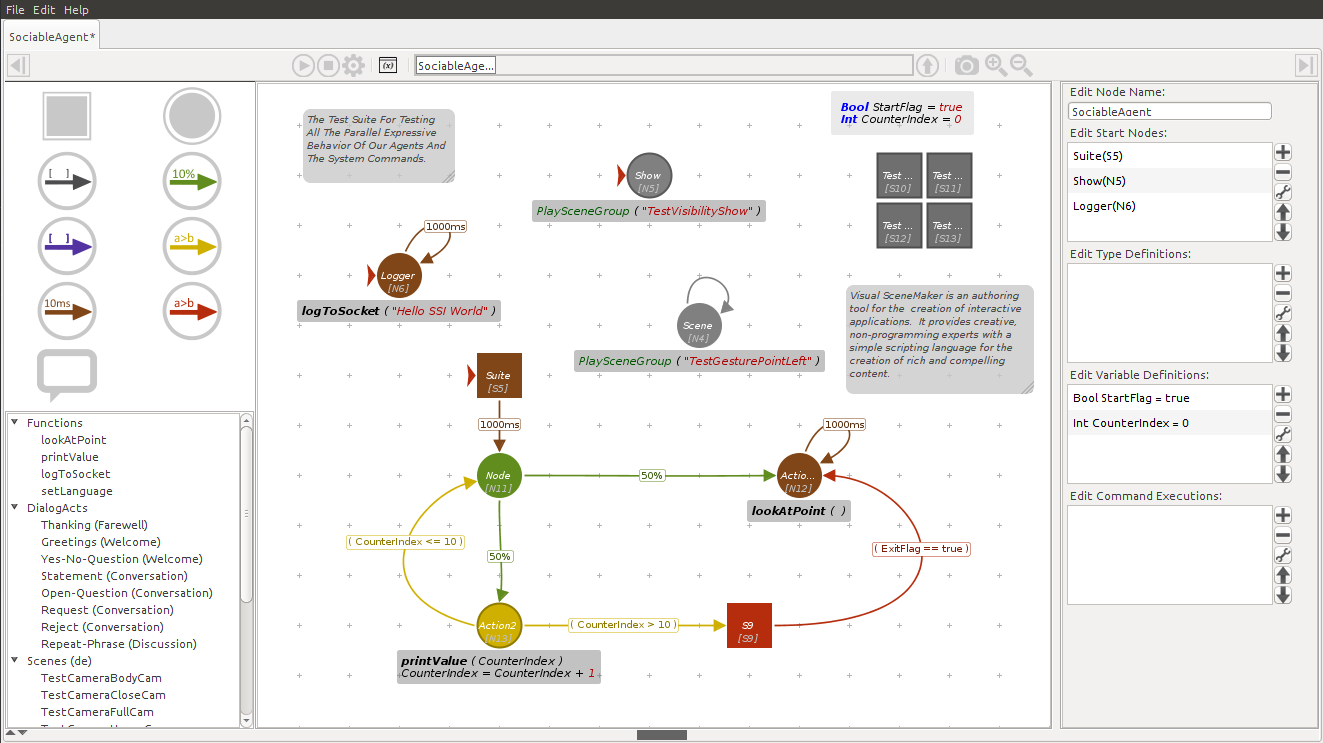 
The implementation of Visual relies on an interpreter approach, allowing real-time visualization of running and .

Visual has successfully been used in several applications and in field tests with school students and college students proving that it can be a useful educational tool.